The Story Behind the Book 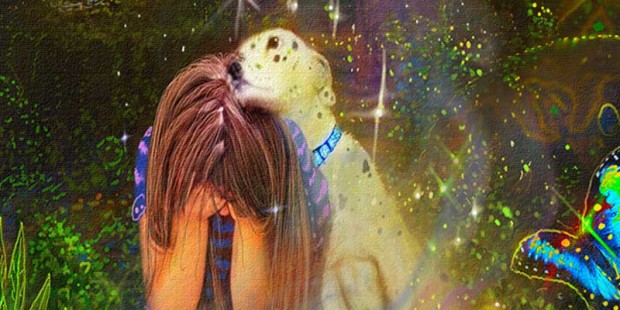 It is in the glory of God to conceal a matter,
but the honor of kings to search out a matter.
—Proverbs 25:2 NIV

The power of prayer…what does that mean?  Can I tap into that idea?  I had better.  There is no other option for my dying father.  Lou Gehrig’s.  “I swear, God, I will read your Bible. I promise!”  I kept my promise. By studying the Bible, my eyes were opened to a greater understanding of the true nature and power of God. Something else happened, something unexpected. I began making discoveries in the Bible that shined a new light of awareness on the subject that I had considered settled. I stumbled upon several verses that made me question what I had learned from the Methodist minister who told me with such assurance that animals do not go to heaven.

Soon after, a friend suddenly lost her horse unexpectedly. She was crushed, and I yearned to find some way to comfort her. I understood something of her grief because when I lost my first dog as an adult, I felt almost suffocated by the enormous grief. There is no better way of saying it—when your best friend dies, it is heartbreaking. So I had an idea: I would take out those verses I had found, handwrite them out, and give them to my friend with my interpretation—that there definitely is an afterlife for our beloved pets; God will not forget his animals. I wasn’t sure how she would respond. I was gratified to hear later that she put those verses in a personal scrapbook and even started to go to church.

Not long after that, another close friend lost his dog. This friend, a retired police chief, had seen a rough world through his lens, but he had a soft spot for his dogs. He had three dogs in his life, all of which lived to the age of fifteen. He’d come to the first party I attended after moving to our neighborhood with his dog, Max, his true friend.

By this time, word was circulating in our neighborhood that I had written something that might help him through this grieving process. My friend’s wife called me and told me that after Max died, my friend stayed in bed for three days. She asked me for the “writing” she had heard about, saying that maybe it could help. I was scheduled to fly to Tokyo the next day. I had just bought my first computer, an Apple laptop, but I had no idea how to work it. Still, I promised to have my writing ready for my friend when I returned. I left for Tokyo, my four-pound Bible in tow. My intent was to type up those original eight verses, but by the time I returned home, I had written a twelve-page article.

Again, I was surprised and gratified by a friend’s response to what I had uncovered about animals going to heaven. When my friend who had lost his dog came to my house for a visit, he told me, “If God is that merciful and graceful to the animals, and to Max, I will take him.” Once again, the thought of animals going to heaven had shined a new light on God’s grace. A friend had felt comforted by what I had shared, and a door had been opened to greater understanding of the nature of God.

There was more to this story. As time passed, this kind friend continued to ask me more questions about what the Bible said concerning the animal kingdom and going to heaven. Each time he asked, I plunged back into the Bible to find answers for him … and for myself. Hence, the thirst for knowledge and comfort drew me into a research project that I just could not stop thinking about. It was incredibly exciting!

When I met the Pope in Rome, my father was ecstatic.  He shed a tear as he told me on the phone that the saddest day in his life was when he put Foxy, his 16-year-old German shepherd, down.  He was holding his breath for the Vatican’s statement on this issue. He felt great comfort and relief that she would be waiting for him in heaven…for the Vatican said so!

My tough and brave fighter pilot father always has shed a tear when her name was mentioned.  Well, my dear reader, my manuscript was finished enough for my dad to be comforted by it, however, as of May 24, 2013, Foxy no longer waits.

Get Your Free Gift!

Get the introduction and first chapter to my upcoming book HEAVEN IS FOR ANIMALS, TOO. You'll also get periodic updates and special invitations. Simply enter your name and email address below for instant access.